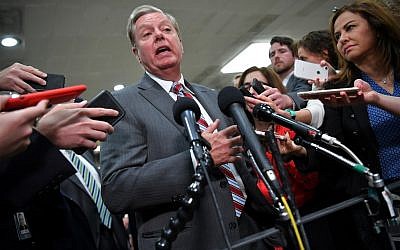 Saudi Arabia has always been wary of rivals' ballistic missile arsenals in the region and has seen the procurement of its own stock of missiles as a deterrent.

Ballistic missiles have the ability to carry nuclear warheads to targets thousands of kilometers away.

It is widely known that China sold Saudi several dozen Dongfeng DF-3A intermediate-range ballistic missiles, which Saudi Arabia first publicly displayed in a military parade in 2014. The MTCR aims to limit the spread of ballistic missiles and other unmanned delivery systems that could be used for chemical, biological and nuclear attacks.

The information is said to indicate that "Saudi Arabia has expanded both its missile infrastructure and technology through recent purchases from China", according to the report.

China is not a signatory to the agreement.

The U.S. hopes its weapons sales will help tilt the balance of power to Saudi from that country's bitter regional rival Iran.

According to CNN, the Trump administration did not initially disclose its knowledge of this classified development to key members of Congress, the sources said.

The sources further said that the Democrats were "infuriated" as they obtained information regarding the matter outside of regular United States government channels and concluded it had been a deliberate effort as there were a series of the briefing where they say it "should have been presented". Reports said Congress is concerned over a "potential arms race in the Middle East".

'Without a doubt, if Iran developed a nuclear bomb, we will follow suit as soon as possible, ' Saudi Crown Prince Mohammed Bin Salman told 60 Minutes in a 2018 interview. Trump defended the crown prince in April despite a Central Intelligence Agency report that the latter ordered the killing of journalist Jamal Khashoggi.

He was strangled and his body dismembered after he entered the Saudi consulate in Istanbul to sort out marriage paperwork, according to Turkish and United States officials. Prior to the collapse of Saddam Hussein's rule in Iraq, Saudi Arabia was threatened by the Iraqi ballistic missile arsenal.

However, U.S. analysts did not believe that Saudi had the ability to launch the complicated liquid-fueled rockets, much less manufacture versions of their own - a longstanding assumption that the new intelligence calls into question.

Riyadh's efforts to heighten its ballistic missile programme is seen as a breaking point in decades-long effort to constrain missile proliferation in the volatile region.