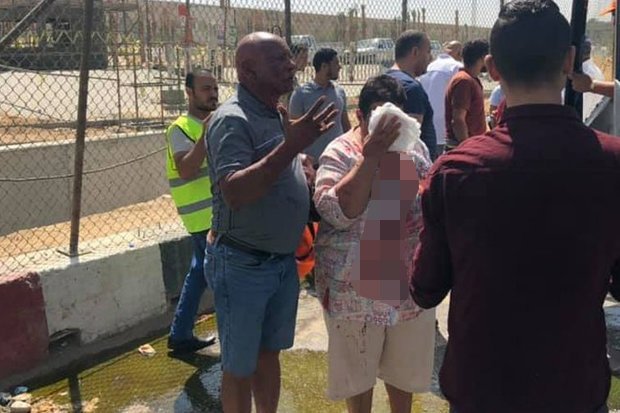 CHAOS Tourists flee a bus in Egypt after a bomb attack

An explosion injured at least 12 people on a tourist bus in Egypt on Sunday.

According reports, an explosive device detonated while the tourist bus passed the museum.

"Security was inspecting the bus", she added.

"Initial media reports suggest that South Africans might be among the injured", the statement said.

The window of a private vehicle with four people inside was also shattered by the blast, according to the source.

The incident occured near the Grand Egyptian Museum, next to the pyramids of Giza.

There was no damage to the museum from the blast, which happened about 50m away from the outer fence and more than 400m from the building itself.

No group has claimed responsibility for the attack and it's not yet clear if it's terror related, but security forces are fighting an ongoing ISIS insurgency in Egypt, particularly in the northeast of the country.

The road near the Grand Egyptian Museum is often popular with tour buses travelling to and from the Great Pyramid of Giza complex and other nearby antiquity and historic sites.

Cairo has been battling Islamic insurgents on the Senai Peninsula for years.

The attack comes as Egypt's tourism industry is finally showing signs of recovery after years of turmoil that followed a 2011 uprising against former leader Hosni Mubarak.