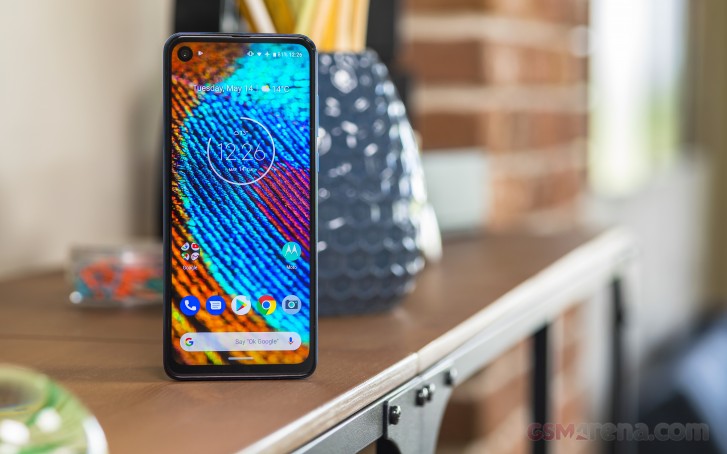 Motorola One Vision comes with cinema-like 21:9 display, 48MP camera and an Exynos processor

Motorola has finally launched the successor to its Motorola One lineup of smartphones, dubbed Motorola One Vision in Brazil.

The extensively leaked Motorola One Vision is official, and it looks like the leaks were dead-on. That shouldn't stop you from learning more about it, especially because the Vision is doing some very new things we could see come to phones in the future. The phone comes with a 6.3-inch Full HD+ display which has an aspect ratio of 21:9; We have seen the same screen used by Sony on its smartphones and it's now being used by Motorola.

Motorola has always been a proponent of clean Android software, and the One Vision is no exception.

The 25 MP front camera will also be benefiting from pixel binning, if the environment demands it.

On the rear of the device you'll find the fingerprint scanner, which is in an easy to reach place for your finger when you want to unlock the phone.

"We will continue to partner with Google to exceed software requirements and deliver monthly security updates for three years, an up-to-date OS, and a simple interface through Android One", Motorola said in its announcement. It seems like the phone comes in a single variant and it also has a microSD card slot for storage expansion up to 512GB. The 3500mAh battery fast charges with a 15-watt adapter.

The camera is where this phone begins to become even more interesting. It's capable of charging up the device for seven hours of usage in only fifteen minutes of charging, according to Motorola. If there isn't enough light, the 1.8µm Quad Pixel technology will work its magic. Motorolas camera software provides added AI features like shot optimization and a Night Vision mode.

That means that despite the megapixel count you're only going to be able to take the equivalent of 12MP shots with the phone's rear camera, but it's still a powerful shooter that creates some attractive images in our limited testing so far. They've focused on a night-shot-like feature. The primary sensor is joined by a depth sensor for portrait mode. For starters, it's the first Motorola phone to offer a full-screen experience; the 6.3in FHD+ panel packs a punch-hole camera, rather than the iPhone X-style notch found on the original Motorola One.