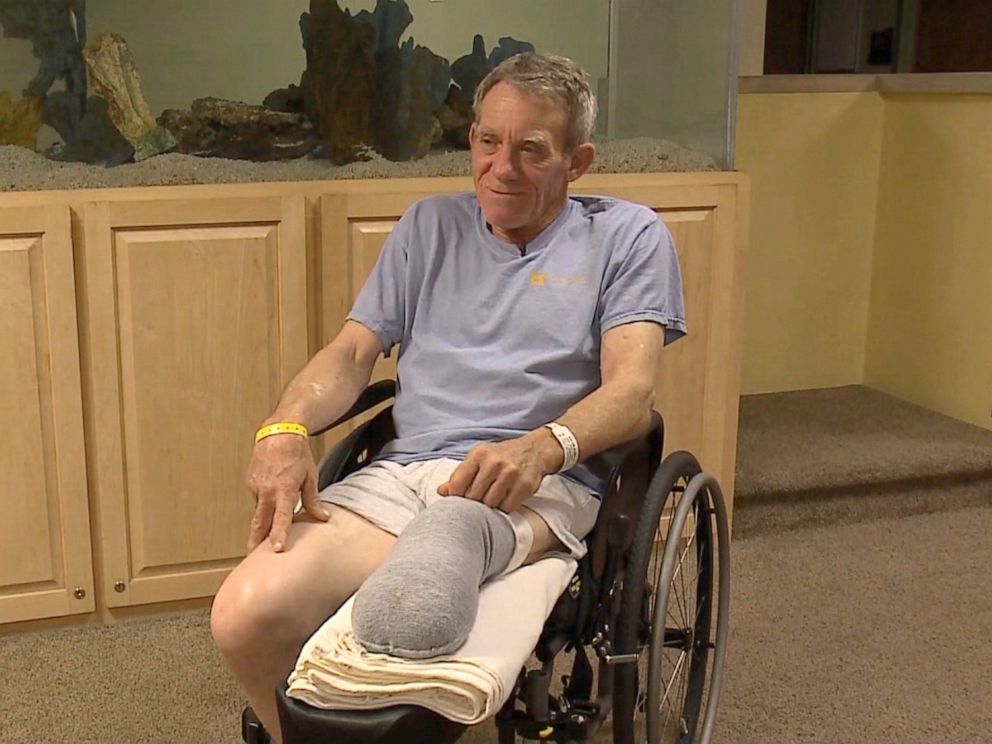 The father-of-three spent a week in hospital, and two weeks at a rehabilitation facility, before being released last Friday.

A farmer in Nebraska was just trying to transfer some corn from one place to another when he accidentally stepped into a hole, the hole happened to be a grain auger.

So, he took his pocket knife out and sawed off his leg below the knee.

"When it first happened, I can remember telling myself, 'This ain't good".

Unable to find his phone to call for help, Mr Kaser watched as the machine tore his foot off and mangled his lower leg as it pulled him further inside. "I thought, 'How long am I going to stay conscious here?' I didn't know what to expect".

Speaking of his traumatic ordeal, Kaser said: 'I did what I thought I had to do, and it worked'. "I knew I was done cutting because I felt a amusing feeling, maybe it was a tendon I cut".

"I didn't have a phone on me, I didn't know where it had gone, so I just started cutting with the knife", he said.

"When I was cutting it, the nerve endings I could feel them just ping every time I'd start sawing around that pipe and all at once it went and let me go so I got the heck out of there".

Once his leg is healed, he'll be fitted for a prosthetic and should be able to walk again.

After trying and failing to free himself, he chose to chop off his leg - spending about five minutes sawing away at his own flesh, reports NBC News. After treatment, Kaser began physical therapy.

Dani Willey, his occupational therapist, told KETV: 'He told me his goal, basically, "I need to get home and get back to what I was doing before", which was farming'.