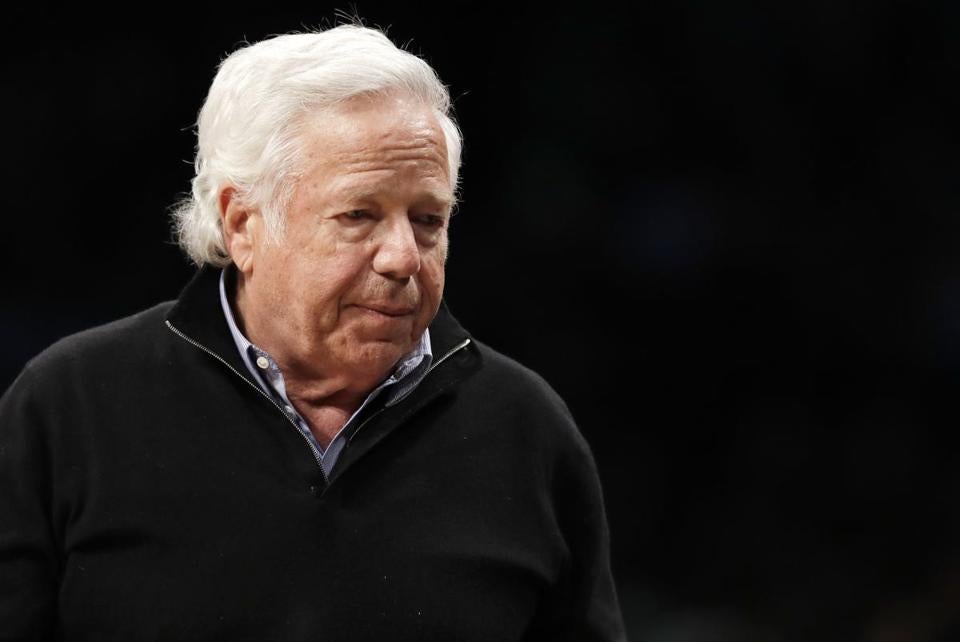 Palm Beach County assistant state attorney Leigh Lassiter Miller said in a court document filed Wednesday that her office meant to release the video, citing the state's public records law. He added the only reason the videos would be made public is "to get eyeballs and clicks". But Kraft has refused to concede that he committed a crime, and has, instead, mounted an expensive legal defense that has surprised both prosecutors and some members of his own inner circle.

In court documents, prosecutors said Florida law obligates them to release the footage.

A recent court filing states the pornographic video will be blurred or pixelated before it is release.

Prosecutors, "as the custodian of the records, can not delay the release of records to allow a person to raise a constitutional challenge to the release of the documents, " Aronberg's office wrote Wednesday, per The Globe.

The case itself, in which Kraft was charged with two counts of misdemeanor solicitation of prostitution for two trips to the spa in Florida in which he allegedly paid for sex, has had plenty of attention.

According to reports, Kraft's legal team has filed a request for prosecutors to hand over all evidence about the "number of individuals who were recorded on video in the massage rooms while receiving lawful massages or were not charged". "The Public Records Act does not allow a custodian to delay the production of records to allow the resolution of a constitutional challenge to the release of the documents".

Lawyers for the 77-year-old Kraft had asked judge Leonard Hanser not to make public the video, calling the evidence "basically pornography".

ABC News said Kraft's attorneys could argue that a search warrant that allowed investigators to set up hidden cameras was improperly obtained.

As a rebuttal, Kraft's legal team reportedly filed an emergency motion to block the release, describing the intention as "an extraordinary and alarming development involving what appears to be gross prosecutorial misconduct".