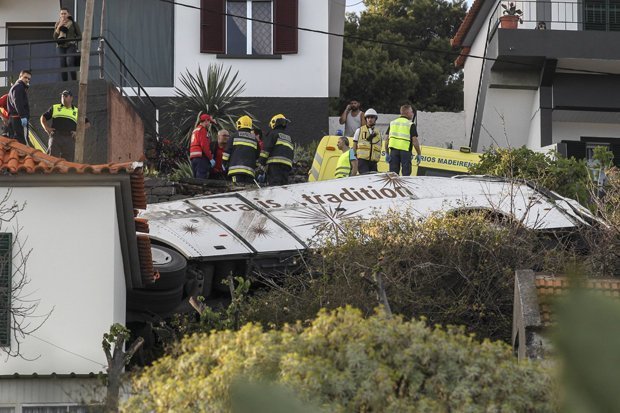 Local reports say that 28 passengers on the bus died.

Early reports peg the death count to include 17 women and 11 men, majority German tourists. Another 22 people were injured and are being treated at Cruz de Carvalho hospital or on the scene.

Local mayor Filipe Sousa confirmed the crash in an interview with SIC Television.

The location of the crash was on one of the islands of Madeira, an autonomous region of Portugal comprised of four islands off the northwest coast of Africa.

The cause of the accident was not immediately known.

The driver is believed to have lost control of the vehicle on a bend, careered off the road and crashed onto the top of a house.

Per The Telegraph, Sousa said, "I have no words to describe what happened. I can not face the suffering of these people", Sousa said.

The bus slid off the road a around 6:30 pm local time, near the town of Canico in the municipality of Santa Cruz, on the eastern side of the island.

He said all the tourists in the bus were German but it was not clear if the fatalities occurred only in the bus.