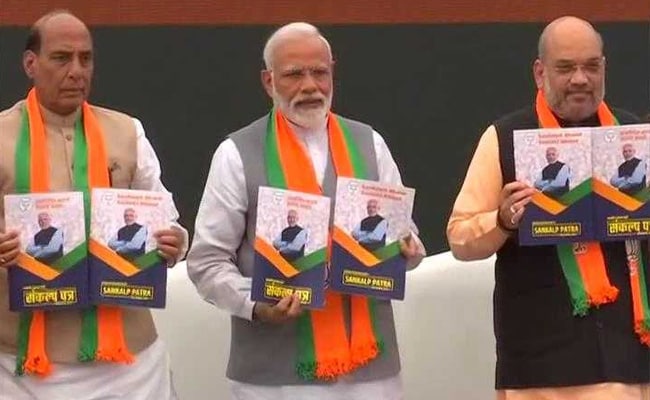 "Pakistan and its supporters have been threatening us for long with its nuclear capability but the IAF called its bluff with its strikes", The Economic Times India quoted him as saying.

"The Congress always restricted our Army from going all out against terrorists".

"You need to differentiate between the performance of BJP and Congress", Mir told the people, but at the same, he felt confident that people on the basis of performance will vote for Congress Party, for the fact, BJP government led by outgoing Prime Minister Narendra Modi has not been able to ensure safety and security of the people, besides the development of the State started by successive UPA regimes have either been stopped or diverted on one pretext or the other.

Modi then went on to knock the locally operating National Conference and PDP for supporting separatism, arguing that they threaten India with a separate prime minister and exclusion of the state of Jammu and Kashmir from the county, while stressing that the state is integral to India and will remain so. Wishing the people of the State a "Happy Tamil New Year", the Prime Minister lauded the role played by the AIADMK leaders MGR and Jayalalithaa, who had been elected to the State's Legislative Assembly from Theni district.

"They laid siege to the state for three generations".

"It was in Kathua that Shyama Prasad Mookerjee unfurled the tricolour and Prem Nath Dogra stood with him". I will not allow Abdullahs and Muftis to divide the nation.

The Pak-based terror group Jaish-e-Mohammad has claimed responsibility for the attack. A dogfight ensued, in which a MiG-21 Bison fighter jet was shot down by Pakistan.