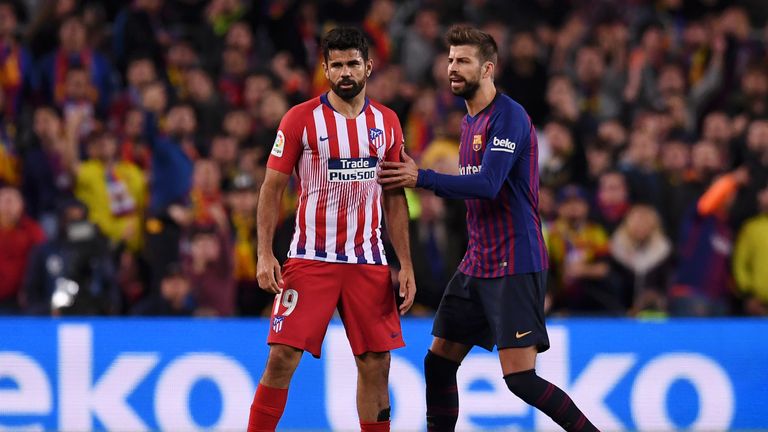 In the recent La Liga game between Atletico Madrid and Barcelona, Atletico striker Diego Costa was awarded a red card for his comments directed at the match referee.

Atletico are appealing the ruling. Manzano also reported that Costa had "grabbed" him by the arms during the incident.

Those defending Costa said the player cursed but the insults were not directed at Manzano.

The former Chelsea forward repeatedly insulted the official's mother, for which he was given a four-match ban.

Atletico needed to win to keep their slim title hopes alive, but Costa's dismissal after 27 minutes halted their challenge.

Though he may not be that much of a miss - his goalscoring record this season pales in comparison to his prime years, with Costa bagging just five goals this term.

He was also twice handed three-match suspensions by the Football Association in England, for stamping on Liverpool's Emre Can in January 2015 and kicking Arsenal defender Gabriel Paulista nine months later.

"I asked the referee and he told me Costa said something to him", Atletico manager Diego Simeone said after the game.

"If Costa really said what the referee claims he did, then he was correctly sent off, but we must be doing something wrong as we have had seven players sent off in 11 games".