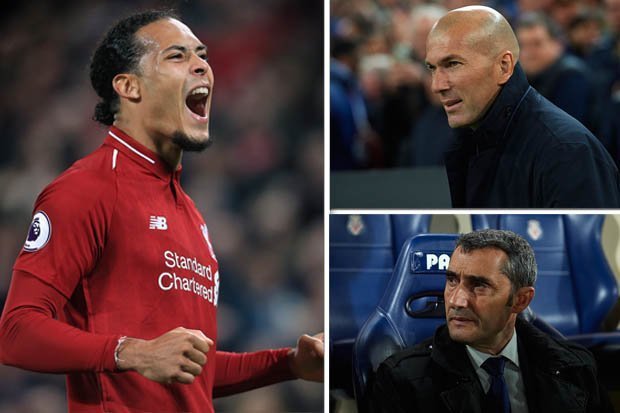 Liverpool defender Virgil van Dijk has explained why he voted for Manchester City's Raheem Sterling instead of making a "tactical" choice in the race for the PFA Player of the Year award.

"I did what I thought and I thought he deserves it", said Van Dijk, who can not vote for a teammate under the current guidelines. "I could have voted for Bernardo Silva as well, and another couple of players from City".

But the England ace then revealed: "I think I voted for Harry Kane".

Liverpool ace Virgil van Dijk is also in the running, having shone at the back for the current Premier League leaders. The Dutchman speaks up on the suprising stint of his Liverpool career and whom did he vote for the PFA player of the season. Nonetheless, the 27-year-old stated he knew Liverpool were the club for him given the atmosphere and infrastructure, and is eager to kick on in pursuit of major silverware.

Declaring he would rather stay on the field and punish the opposition in the face of racist abuse than be part of an orchestrated walk-off, he added: "My mum has taught me how to love myself, how to love my skin colour and how to be comfortable in my skin colour". But all the hard work in the training ground is to win something as a team, a collective thing as a club.

"Last year, it [the European campaign] went quick for me personally. He's starting, but to score two goals in two games is very pleasing for him and very important for all of us".

He told Dutch daily De Telegraaf: "Hopefully it [playing regularly alongside the defender] will happen soon". They might not be your favourite, but you'd rather they got in than the Tories. One hundred per cent he is the player of the year.