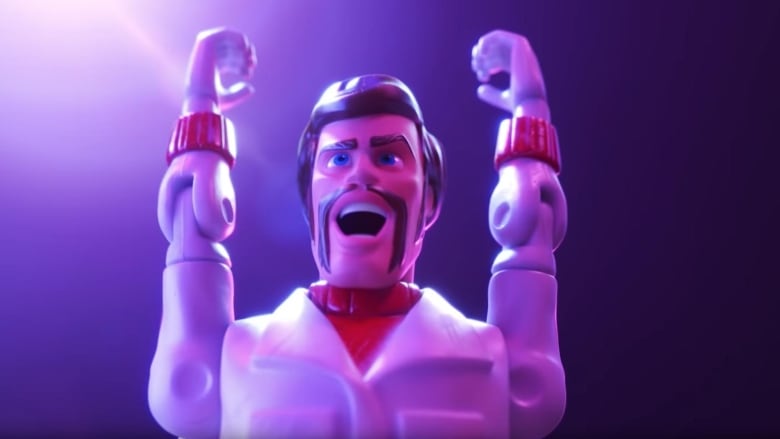 The new trailer (see above) features Woody (Tom Hanks) on a mission to rescue Forky (Tony Hale), a new toy Bonnie made at school.

After months of teasers and character posters, the first full look at Toy Story 4 is finally here.

Judging from this, the fourth installment of Pixar's beloved franchise about toys come to life enters some even darker territory than ever before.

Think about it for a second. She encourages him to be more than a kid's toy - and is convincing enough to make Woody consider it. Or will Forky and Woody stay at funfair, where they can "be free" from humans?

This storyline is eerily similar to the villains in both Toy Story 2 and Toy Story 3.

The toys are back in town - and the world beyond bedrooms has only gotten weirder and more wonderful since their last adventure. This is a fine sentiment, but he took it too far, sabotaging Woody's plans in order to service his own ideas.

Toy Story 4 has just released an official trailer that is both touching and slightly terrifying. But, when Bonni adds a new toy Forky to her collection of bedside toys, a new fun-filled journey begins for Woody altogether.

Who knew we could care about a spork so much?