But the statement from the town says if there is no way to scare the bears away, killing them will be a last resort.

A chain of remote Russian islands has declared a state of emergency after it was swarmed with hungry polar bears. 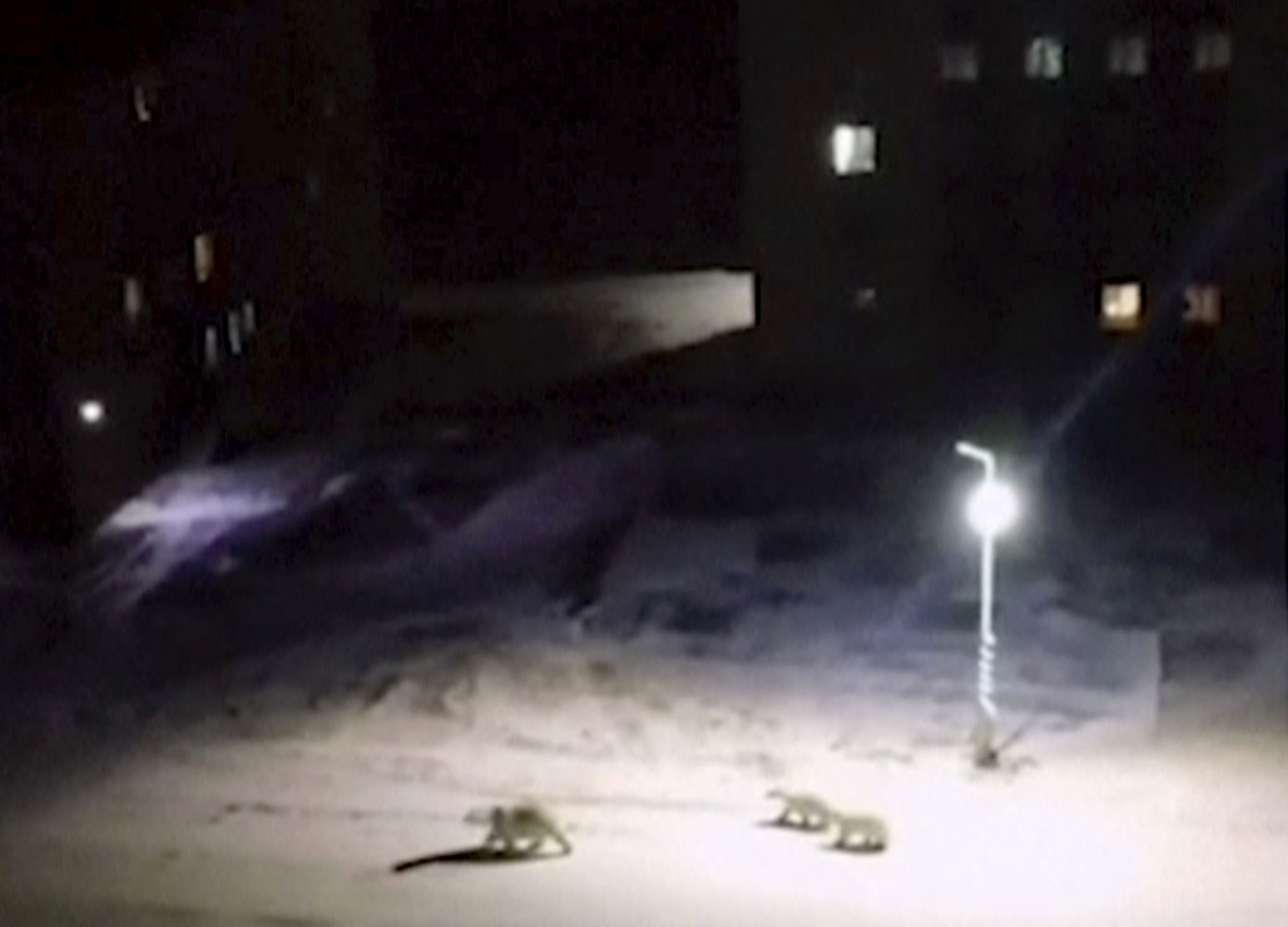 The Novaya Zemlya archipelago in the Arctic Ocean has seen more than fifty polar bears come into settlements searching for food since December past year.

Bears are constantly inside a military garrison and "literally chase people" he said as well as going into the entrances of apartment buildings.

Other footage shows the polar bears feeding on rubbish at a local dump.

Such has been the invasion that people living in the town are said to be scared of leaving their homes. They are frightened to leave homes and their daily routines are broken. "Parents are unwilling to let their children go to school or nursery".

Meanwhile, vehicle patrols and brigades of dogs appeared to make no difference.

His deputy said normal life was being disrupted but the threat. More drastic measures were required. "There's never been such a mass invasion of polar bears".

So far, Russia's environmental watchdog has withheld licences for shooting the troublesome animals. There are reports that the bears are facing a cull, despite polar bears being listed as a threatened species - the worldwide population is estimated at 26,000. The sea ice shifts often and is affected by a range of factors.

A team of specialists is being flown into Novaya Zemlya, an archipelago with a population of less than 3,000 people, to assist in removing the bears, which have been gathering in populated areas in increasingly large numbers since December, according to local authorities. On their way north, where the ice is thicker, they came across alternative sources of food at Belushya Guba and stopped to feed on the waste.

There hasn't been a recorded incident of this many polar bears in the region before. A female's reproductive capacities may falter. "With Arctic sea ice diminishing as a result of climate change, polar bears are forced to change their hunting habits and spend more time on land looking for food", a BBC reporter wrote, "which potentially puts them in conflict with humans".

The Canadian photographer described the scene as "soul-crushing", but said he was moved to share it in an attempt to "break down the walls of apathy".