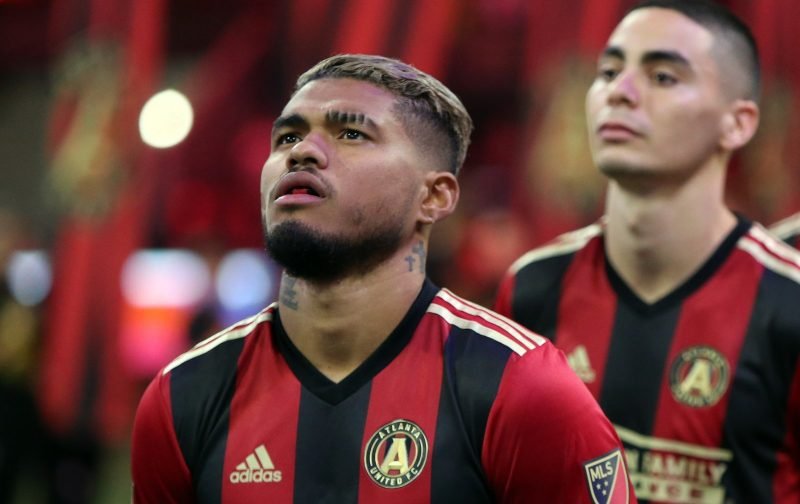 Benitez had placed Almiron towards the top of his wish-list for the January transfer window and a successful conclusion to negotiations before Thursday night's deadline would go some of the way towards quelling his unrest at a lack of progress to date. Two years later, we couldn't be happier with what Miguel has contributed to the club, and that he is realizing his dream of playing in the Premier League.

Sources told ESPN FC on Tuesday the move was nearing completion and Almiron is Newcastle's second signing of the transfer window after the loan signing of Antonio Barreca from Monaco.

The fee for the player is believed to be in the neighbourhood of £20 million, which would beat the club's highest ever transfer fee, topping the £16 million paid to Real Madrid for Michael Owen in 2005.

Almiron scored 13 goals and provided 13 assists last season as Atlanta won the MLS Cup for the first time in their short history.

The 23-year-old only joined Monaco last summer but the French outfit has suffered a tumultuous 2018-19 campaign that has seen them both hire and fire Thierry Henry as head coach. Almiron has 13 caps for the senior national team but has yet to score his first global goal.

"His impact in MLS has been really good - he's been one of the best players this year - and hopefully he can give us more competition and more quality in the final third". He's one of those players, as a defender, where you think "I've got him" and then he's away and gone in a flash. It's hard to assess how big the gulf in class is because it's very subjective, but I'd say the standard of MLS is bottom half of the Championship, with the weaker teams League One standard. The attacking midfielder looks set to offer us an extra edge going forward, and we can't wait to see him in Newcastle colours.