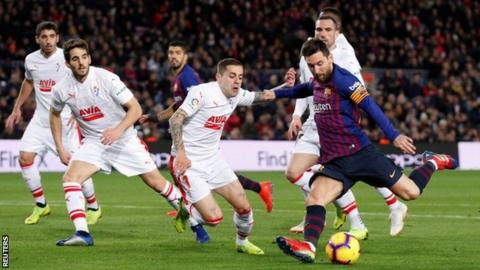 Coutinho to Manchester United: Barcelona's Philippe Coutinho has failed to step up for the side after his £142m move from Liverpool.

It's enough to make you wonder if he has a long-term future at Camp Nou and surely enough, there are reports linking the 26-year-old with a move away.

He has scored six goals from 23 appearances in all competitions so far this campaign but has been heavily criticised by some quarters at the club.

Whilst Marca claim that Coutinho has "hit rock bottom" at Barcelona, a deal with Manchester United remains a long way off. Barça would have to receive an offer close to or above the £105m they paid for the Brazilian.

Manchester United have been linked with a lot of players in the winter transfer window.

He has only scored four goals in the league, and has reportedly fell out of favour with Valverde.

At the post-match conference right after their tragic defeat against Levante, Barcelona manager Ernesto Valverde expressed his happiness for Philippe Coutinho.

Whilst the possibility of his return is now growing in reports, it is still not yet known if Josep Maria Bartomeu will simply allow him to return - having previously requested an apology from the player over his exit.

He was on target in the Copa del Rey in midweek but that was his first goal since October.

However, with a noticeable dip in Coutinho's recent performance and Ernesto Valverde's preference for young Ousmane Dembele on the wing, the 26-year-old Brazilian has found himself in a hard situation, with slight criticism beginning to come from team management.

Family ties also play a role in the situation, with Coutinho and his partner Aine recently welcoming their second daughter into the world in Barcelona.

And just 14 minutes later, Borja Mayoral doubled his side's lead as cruised to a 2-0 win after the first half of the encounter.

Former Deputy Secretary of State: Trump's secrecy on Putin meetings 'outrageous'
A protester with a poster of Trump and Putin outside the Phoenix Convention Center where Trump was holding a rally in August 2017. President?"Jeanine Pirro of Fox News asked him in an interview Saturday".