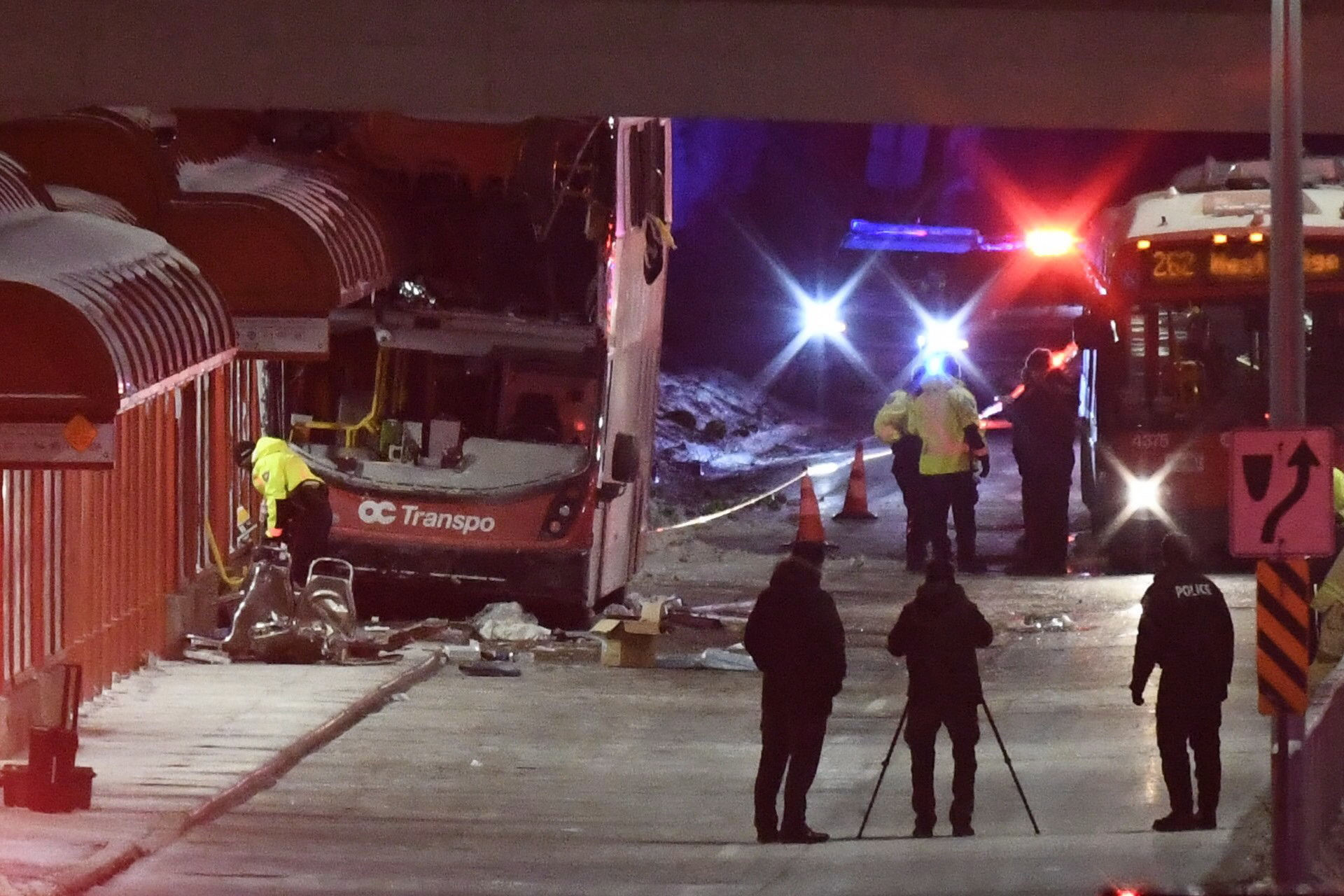 Ottawa Police Chief Charles Bordeleau said several people were trapped in the bus before being freed.

Part of the upper right side of the bus was shorn off in the collision, which happened shortly before 4pm (5am Saturday, Singapore time) at a busy transit station in the west end of the city.

The Ottawa Hospital issued an update on the status of patients they received.

At a press conference on Friday, Ottawa Mayor Jim Watson said the bus collided with a shelter and hurt 23 people, some of them seriously enough that they had to be taken to hospital.

People are being asked to avoid the area as crews help those who have been injured.

An investigation was opened to determine the cause of the crash, police said, adding that the bus driver was detained "and will be interviewed".

The investigators worked all night to identify with certainty the three victims and to make contact with their families and loved ones. Their names will not be released at this time.

The Ottawa Police Service Collision Investigation Unit arrived to investigate the incident. "I have asked staff to ensure all necessary resources are made available to assist them through this hard time", he said.

"They're going to need to sort through the witness statements".

The bus had a capacity of 90 people, both sitting and standing.

OC Transpo, which is in charge of Ottawa's public transportation, tweeted on its verified account, "Buses are being detoured as a result" of the collision.

OC Transpo has been struggling with a bus driver shortage and chronic service problems as they transition from busses to the new, delayed LRT line. The first seats on the upper level of the bus were crushed together.

In September 2013, a horrific crash between a double-decker OC Transpo bus and a Via Rail train in South Ottawa killed six people. The department said it would provide further information shortly.