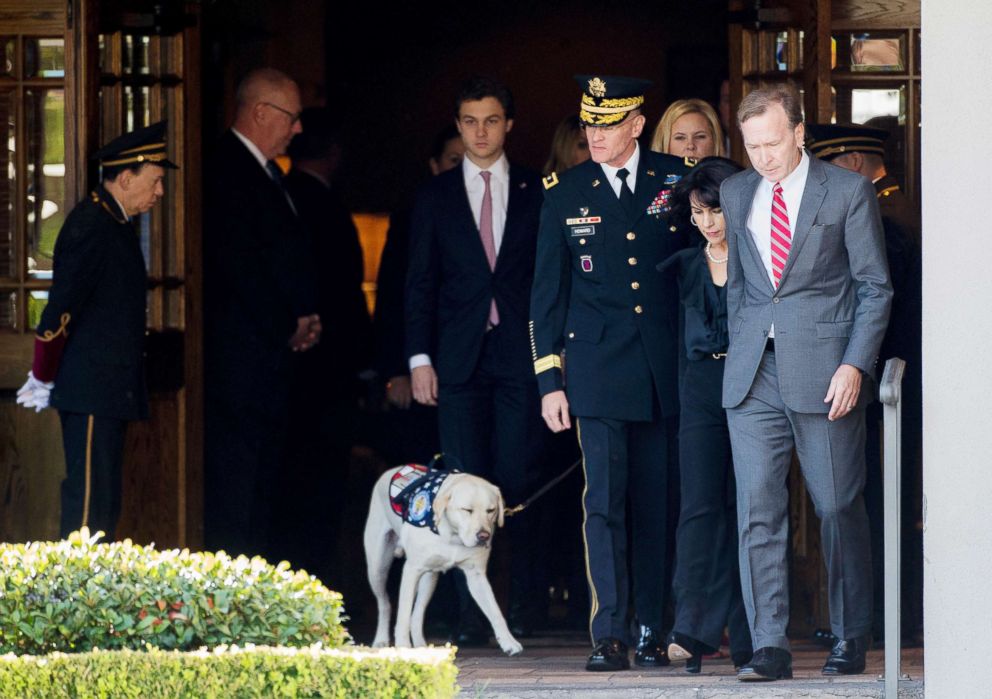 A photo of former President George H.W. Bush's service dog, Sully, lying in front of the flag-dropped coffin of his owner has won the hearts of thousands.

According to America's VetDogs.org, the specially-trained service dog was specifically matched to provide support and companionship to the late President Bush in his daily activities.

Bush, who died late Friday at his Houston home at age 94, is to be honored with a state funeral at National Cathedral in the nation's capital on Wednesday, followed by burial Thursday on the grounds of his presidential library in Texas. 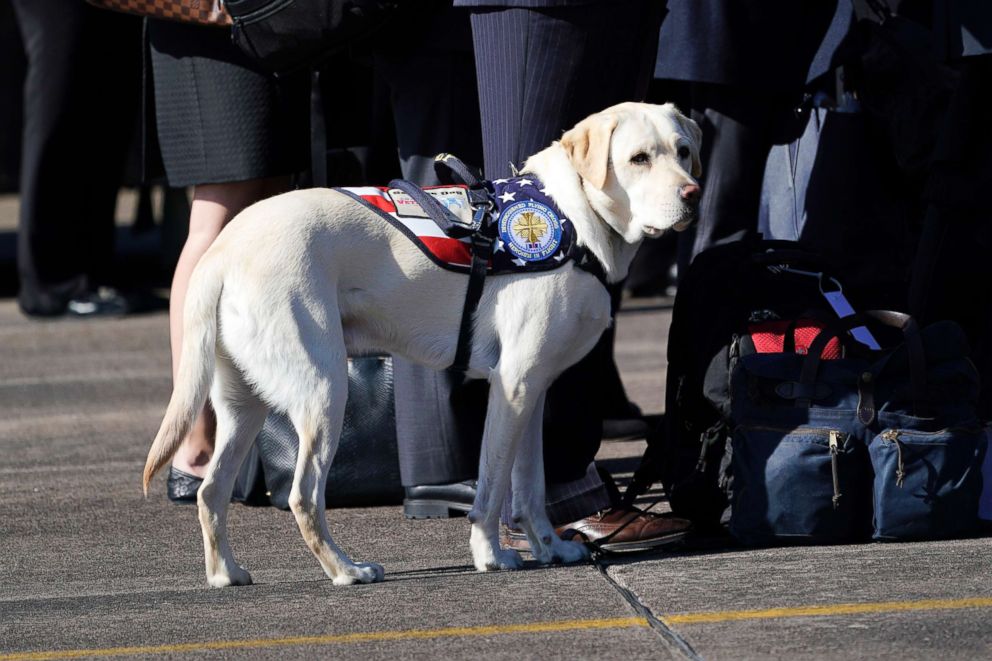 Sully has his own Instagram account; here he is shown "assisting with voting" as Mr Bush cast his ballot in last month's U.S. presidential mid-term election.

Sully was named after Chesley "Sully" Sullenberger III, the pilot who landed a passenger jet on the Hudson River in New York City in 2009. He was portrayed by Tom Hanks in a movie about the incident. The non-profit, which pairs service dogs with veterans and first responders, matched Sully with Bush in June. He frequently used a wheelchair toward the end of his life, and Sully provided assistance with daily life.

Former President George H.W. Bush will be laid to rest wearing a pair of his trademark colorful socks. There, he will help wounded veterans and service members during their recovery.

After helping Bush around the house with tasks like opening doors, summoning assistance and picking up dropped items, Sully will now have a new mission.

Neil Bush, right, and his wife Maria exit the George H. Lewis and Sons Funeral Home during the first departure ceremony for the State Funeral of president George H.W. Bush to Ellington Field in Houston, Dec. 3, 2018.

Millie was famously referenced during the 1992 presidential campaign, when Bush said, of Bill Clinton and Al Gore, "My dog Millie knows more about foreign affairs than these two bozos".