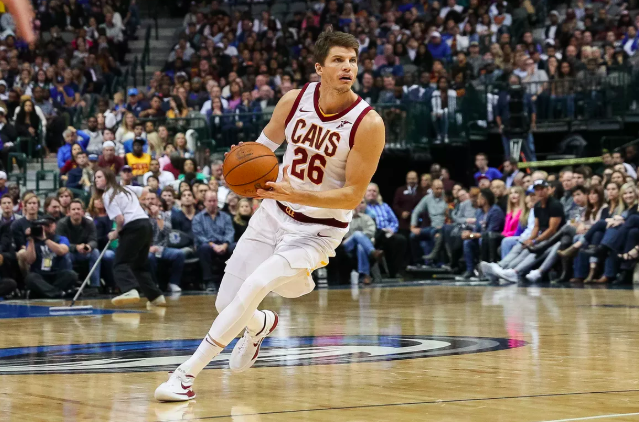 The Jazz (9-12) have been determined to thrust themselves out of an early-season malaise and pursued Korver to deepen their ability to spread the floor with their shooting. It's knowing that scenes like what unfolded Wednesday - Korver being traded just after he arrived at Chesapeake Energy Arena to play against the Thunder - are possible, even probable.

Korver, who helped the Cavaliers reach the last two NBA Finals, has been traded for Alec Burks and two future second-round draft picks, The Salt Lake Tribune, the Akron Beacon Journal and other outlets reported. The 2021 pick is via the Washington Wizards. There had been significant interest in Korver among multiple contenders.

Korver returns to Utah, where he spent three seasons with the Jazz from 2007-2010, including making a career-best 53.6 percent of his three-pointers in 2009-10, which continues to be the best percentage in a single season in National Basketball Association history. In 16 games for the Cavs this season, he shot 46.3 percent from 3-point range. With James long gone, and the Cavaliers sitting at an abysmal 4-15, Korver and Smith were ready to get out of town.

The Cavs also receive an asset in Burks' expiring contract worth $11.2 million, something they might be able to use in another deal. The key part here is that just $3.44 million is guaranteed in 2019-20 and he will only be paid the full amount if not waived by July 7.

ESPN's Adrian Wojnarowski was the first to report the news publicly, but Jazz players already knew what went down.