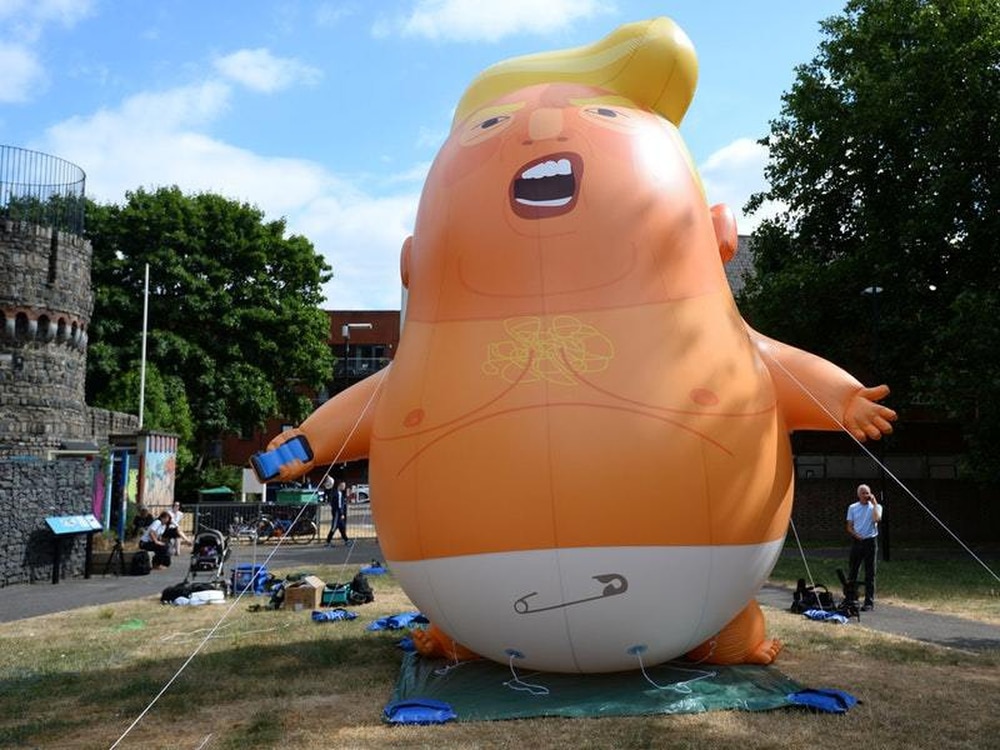 Donald Trump said he feels "unwelcome" in London hours after claiming that Londoners "like me a lot", according to The Hill.

The Metropolitan Police's Lucy D'Orsi, who is in charge of the policing operation for the visit, said she had seen discussion about police "restricting the right to protest", and added that the force was aiming to strike a balance between that and public safety.

President Trump is calling the report on his own comments in an interview with a British newspaper "fake news", a day after The Sun published a number of his remarks about British Prime Minister Theresa May.

His visit has sparked opposition since May invited the president to a prestigious state visit when she became the first world leader to meet Trump at the White House following his inauguration.

'And now, especially after these two days with your Prime Minister, I would say the highest level of special.

Trump also said the prime minister "wrecked" Brexit after he told her how to do it, and again attacked London Mayor Sadiq Khan and Europe generally for allowing migrants and "terrorists" into their borders.

But on Friday, Trump gave a press conference with May in which he said on Brexit, "Whatever you're going to do is OK with us".

An activist group was given permission to fly the blimp over London during Trump's visit, which will reportedly be met with up to 200,000 protestors in the streets.

While his trip was not a full state visit, he has been given red carpet treatment and is scheduled to have tea later with Queen Elizabeth at Windsor Castle, where her grandson Prince Harry married U.S. actress Meghan Markle in May.

Queen Elizabeth welcomed the president and Melania in the Quadrangle of Windsor Castle where they inspected the Guard of Honour, formed of the Coldstream Guards.

Thousands of demonstrators marched through London protesting Trump's policies on issues ranging from immigration and race relations to women and climate change.

He added: "If you think of it, for so many years she has represented her country, she has really never made a mistake".