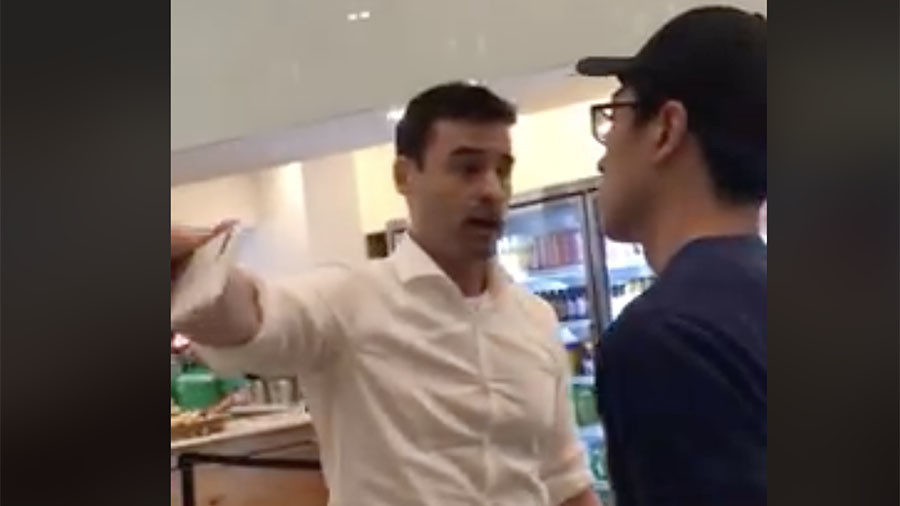 "So, my next call is to ICE to have each one of 'em kicked out of my country", the irate man continues. He later explained that the customer had misread the situation. "The least they can do is speak English". In fact, there are more Spanish speakers in the United States than Spain.

In the background other customers can be heard calling him "ignorant" and saying "yes, this is America". "He said, 'I'm highly educated and I doubt you are, and you need to go back to your country.' I said, 'Funny, I am in my country".

The ranting customer lambasted the manager of Fresh Kitchen on Madison Avenue for allowing his staff to speak Spanish in "my country" and raged about "paying for their welfare". VIDEO: Middle school vehicle vandalized with swastikas in Castro Valley " I put my camera down and said, 'You wanna call ICE, call ICE. A video of the encounter was shared on Facebook by Edward Suazo, who wrote that his wife and her best friend were ordering their food and talking to an employee in Spanish when the man "jumped in".

He sputters angrily at the woman recording video of his tantrum and threatens to call immigration agents on her, too, and storms out of the coffee shop. First of all they wasn't talking to you! "Take a break from the food", the man says before walking away, to which the woman responds, "Maybe you should get hit by a auto, you piece of [expletive]!"

The manager said the man's rant infuriated him, but he refused to return the rancor.

The manager remained calm during the tirade and asked the man to leave. "That's what I did".

The video was posted to Facebook by Edward Suazo.

As a reference, only 51 percent of New Yorkers actually speak English at home, according to a 2012 WNYC report.

Schlossberg seems to be an equal opportunity offender based on a video from a year ago that showed him yelling, "You are not a Jew" at Jewish people supporting Palestinian rights, according to Fast Company.

HuffPost reached out to Schlossberg, who did not immediately respond.