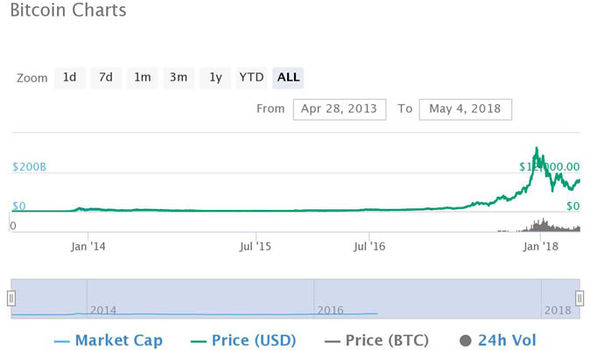 CoinMarketCapBitcoin prices are back on the rise

Unlike traditional paper banknotes, the Tangem Notes are hardware units that house a Samsung S3D350A semiconductor chip that stores a specific value in Bitcoin.

The notes are now available at values of 0.01BTC and 0.05BTC and are aimed to radically improve the simplicity and security of dealing with cryptocurrencies. The technology will allow blockchain-based cryptocurrencies to be issued as smart physical banknotes with embedded near-field communication (NFC). Its entire electronics and cryptography are certified to the Common Criteria EAL6+ and EMVCo security standards. The company claims the card can store digital assets for over 20 years and guarantees protection against cloning, counterfeiting, and double spending.

Cryptographic links to the blockchain ensure that payments are anonymous and instant, and the transparency ensured by the blockchain means this is an open platform with real implications for cryptocurrency adoption and mass production.

The company also announced the appointment of Vijay Sondhi as Senior Strategic Advisor to help expand the platform to new markets and verticals.

As Singapore sets the lead, Tangem is delivering the first shipment of 10,000 production notes to prospective partners and distributors around the world for commercial pilots.

While operating out of Switzerland and Singapore, the company has its manufacturing located in South Korea and Southern China and R&D in Taiwan, Russia, and Israel.

A new idea from Singapore has arrived at the bitcoin market. There is a new platform that launched pilot sales of bitcoin banknotes.