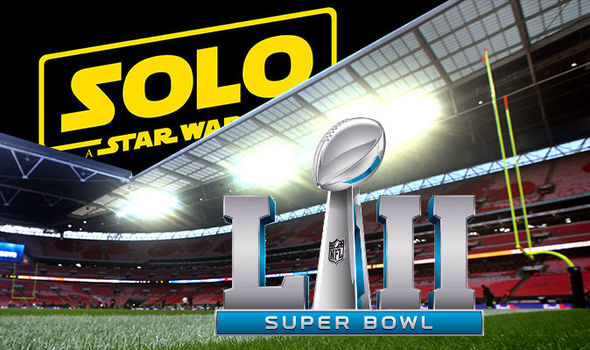 The film will be released on the same day that marks the 41st anniversary of "Star Wars: Episode IV - A New Hope", where Harrison Ford first appeared as Han Solo. Six months after shooting had already begun, director Phil Lord and Chris Miller were reportedly fired over "creative differences", at which point Ron Howard took their place to finish out the last few months of production.

Maybe that's because we literally just got that teaser yesterday, so I felt no real urgency this morning to see the movie in action.

Solo: A Star Wars Story is set to release in both the United Kingdom and the USA on the 25th of May 2018.

It's finally here... after a tantalising teaser during last night's Super Bowl coverage in the States, the first full trailer for Solo: A Star Wars Story has landed.

Woody Harrelson is Beckett and Alden Ehrenreich is Han Solo in SOLO: A STAR WARS STORY. Hopefully, they'll get more to do than both Boba Fett and Captain Phasma have. Since there wasn't any time for plot details, most of the fanfare was devoted to a fur-clad Donald Glover smirking as Lando Calrissian, space gambler.

"I'm putting together a crew", he says, indicating that the film - as reported - will focus on a heist carried out by Solo, Chewbacca, Lando Calrissian and some new faces.

Little has been revealed about the actual storyline of the latest "Star Wars" standalone, other than the fact that Solo's adventure includes his meeting Chewbacca and coming across Lando, according to Disney's film description. The story charts the future iconic Millennium Falcon pilot, Han Solo, as he meets his future co-pilot Chewbacca and encounters Lando Calrissian in a dark and unsafe criminal underworld years before joining the Rebellion.