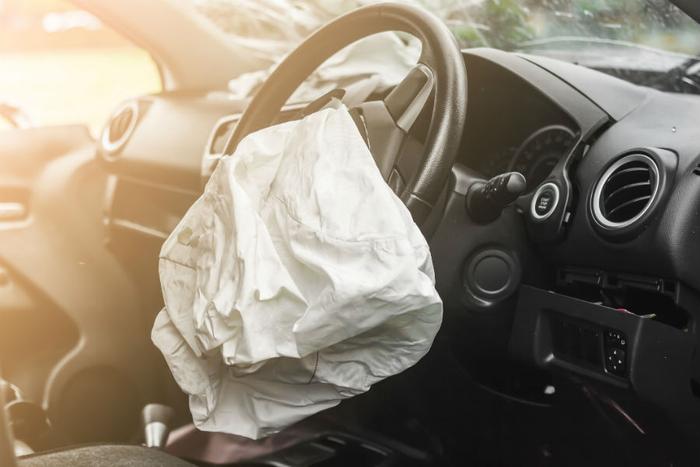 By the end of this year, Japan-based airbag maker Takata Corp. will have recalled about 65 million cars sold in the United States that included defective airbag inflators made by the company.

NHTSA Campaign Number: 18E-002 (2010 Models Only) Vehicles recalled: 1.5 million 2010 models from these automakers: Audi, BMW, Daimler vans, Fiat Chrysler, Ford, General Motors, Honda, Jaguar Land Rover, Mazda, Mercedes-Benz, Mitsubishi, Nissan, Subaru, and Toyota. The NHTSA said the propellant in the inflators breaks down after long-term exposure to high-temperature fluctuations and humidity, which can cause the propellant to burn too quickly. Estimates claim that, on a global basis, around 20 people have been killed and more than 180 were reported as injured.

These latest recalls are only part of the largest series of automotive recalls in USA history. The fix: Once it has been determined that a vehicle meets the requirement for these recalls, replacement airbags will be installed, NHTSA says. Sources reveal that, in outcome of this scandal, the automakers will be liable to provide paperwork of the specific models, which will be further filed with the NHTSA.

Since the recall began, Takata has filed for bankruptcy, been fined $1 billion, and three executives have been convicted for falsifying data.

Many automakers have been slow to replace the potentially deadly inflators.

"Approximately 34 million vehicles are now under recall for approximately 46 million defective Takata air bags that can explode when the air bag deploys, causing serious injury or even death", the NHTSA said. According to the Detroit Free Press, 19 automakers have recalled 43.1 million inflators and 18.5 million have in fact been replaced.

Notices of the expanded recalls were posted Saturday on the agency's website. The agency also has the authority to fine automakers that don't make recall repairs in a timely manner.

The NHTSA has an online lookup tool where drivers can enter a Vehicle Identification Number (VIN) to determine if any safety or recall issues affect your vehicle.