"Razer's Project Linda laptop seamlessly docks the Razer Phone inside its chassis where a touchpad would normally reside, and connects with the press of a button". 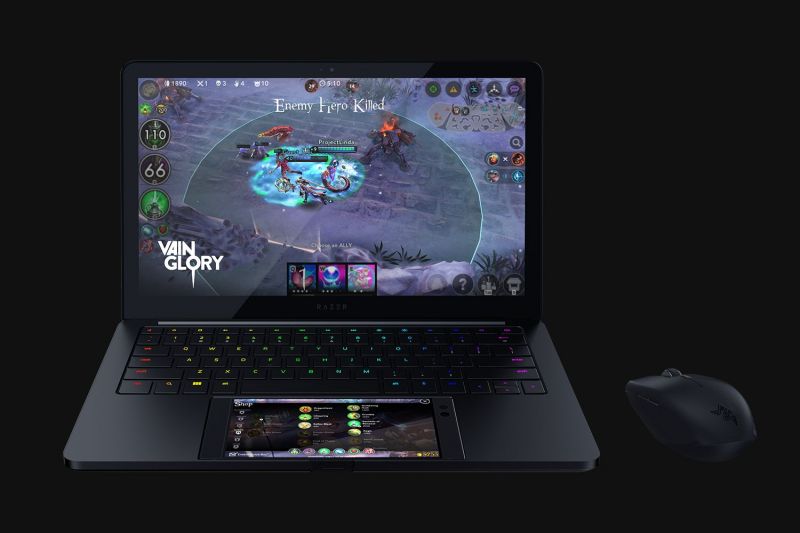 The concept isn't new - we've seen Samsung's DeX dock provide the same functionality, as well as the Motorola Atrix back in the day.

Based on the Razer Blade Stealth, Project Linda is indistinguishable from the company's other high-end Windows laptops. Now this is Razer, so Chroma is included.

Linda has a 13.3 screen with QHD resolution, 120Hz refresh rate and HDR support, similar to the phones own screen. The company's product page explains the Razer Phone is also powered by a Qualcomm Snapdragon 835 mobile processor. But it's like using a Chromebook nearly, but with plenty more power than most Chromebooks. There is also a USB-C port and a USB-A port. However, none of them have quite the polish that Project Linda does. It has enough power to charge the phone three times over (essentially allowing the laptop to power). "Project Linda combines the best of both worlds, bringing a larger screen and physical keyboard to the Android environment, enhancing the experience for gaming and productivity". To attach the smartphone, there is a Type-C USB port that retracts where the trackpad area is placed. For starters, there is a slot for the Razer Phone to dock into where the trackpad would usually be. Underneath the phone, there is a nice padded area to keep the Razer Phone from getting scratched when docked in place.

The most interesting aspect of Project Linda is how it puts the Razer Phone to use. According to media tests, the display has an average brightness of around 310 nits (lower than most high-end smartphones), which would suggest aiming for the HDR300 standard, although it is still an 8-bit display. When you connect the two devices, the phone powers a 13.3-inch screen, a full-sized keyboard, and the option to plug in external devices like a mouse.