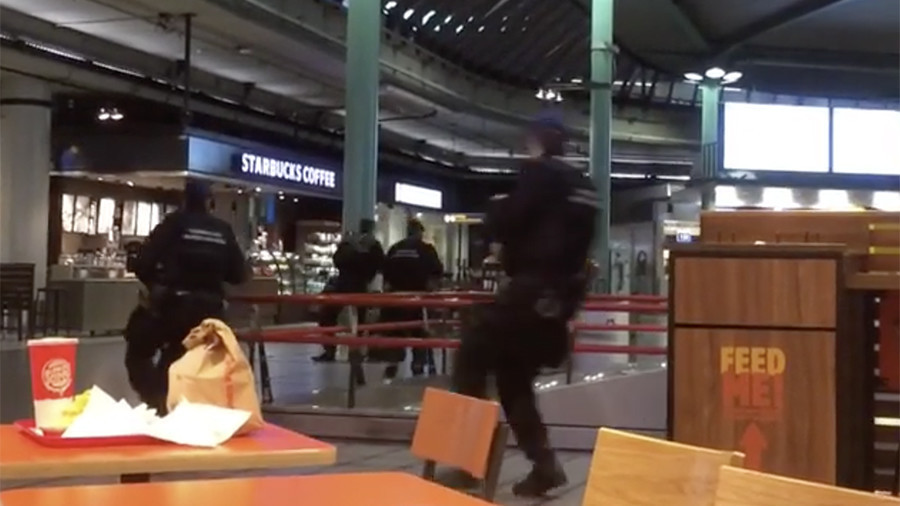 Man with knife shot by police at Amsterdam Airport

The situation is under control and the airport is safe, the military police say.

Earlier: The airport's main plaza was and remains evacuated after military police shot the man, who had a knife. Check back for updates.

Officers at Schiphol Airport in the Netherlands shot the man in the leg and arrested him before transporting him to hospital.

He said "the circumstances are telling us that it has nothing to do with terrorism".

No details of the alleged attacker's condition were released.

The emergency prompted the authorities to evacuate part of Schiphol, one of Europe's busiest airports.

Opened in 1916 as a military airport, Schiphol became the country's primary airport in 1949, lying about nine kilometres (five miles) southwest of the Dutch capital, Amsterdam. Part of Schiphol and Schiphol Plaza, a shopping area, were temporarily evacuated.

In a later tweet, it added: "The suspect was overpowered, detained and taken away". "At the moment air traffic is not affected".

No further information was immediately available.

Schiphol is one of Europe's top five busiest airports and handled more than 60 million passengers past year.

The man was injured in the firing but no other injuries or casualties have been reported.